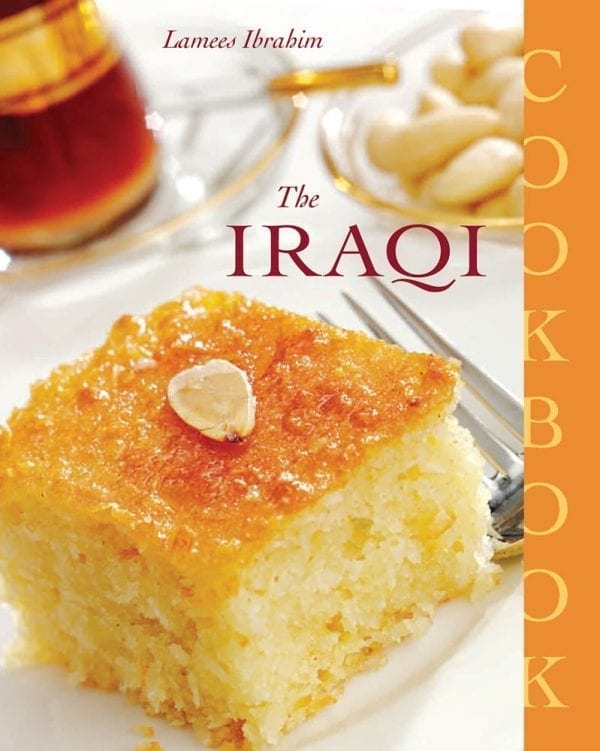 “…large and handsome and clear, but it has a serious aim of bringing authentic Iraqi recipes to Iraqis who have grown up outside their country…For the rest of us non-Iraqis, ‘The Iraqi Cookbook’ opens up a rich world of Arab regional cuisine…Anyone fascinated by Middle Eastern food will enjoy ‘The Iraqi Cookbook’. It illuminates a proud and interesting people.” – Super Chef

A cook's tour that brings the richness of Mesopotamia's culinary culture to the forefront.

The true richness of Iraqi culture has been hidden for many years, overshadowed by political conflict and war. Yet amid the destruction, Iraq's culture- and not least its cuisine- has remained intact.

The Iraqi Cookbook, the first of its kind to be published in North America, is full of authentic recipes that have been handed down through the generations, developed and enriched over time, and infused with cultures of different eras. The result is a rich mixture of history, health, culture, and storytelling.

Throughout the book, Lamees Ibrahim emphasizes only those ingredients available to a Western reader, gives useful tips, and suggests appropriate alternatives where necessary. The detailed, easy-to-follow recipes are adorned with specially commissioned photography throughout, making The Iraqi Cookbook a feast for both the eyes and the diwan.

In short, in this book of masterly recipes, and beautiful photographs, Lamees Ibrahim serves up a vision of Iraq and its cuisine that stays with you long after you've left the kitchen.

Dr. Lamees Ibrahim was born in Baghdad and now lives in London. This is her first cookbook.

“Iraqi food is often simple, homey and thanks to this rather sensibly presented cookbook, easy to prepare. Author Ibrahim- who was born in Baghdad and now lives in London- presents more than 200 recipes in what was initially an attempt to capture in written form the cooking traditions handed down orally through the generations for her children, but which has evolved into a formal compendium, illustrated by color photographs. There are earthy bean soups accented with cumin, turmeric and vermicelli; dense breads stuffed with ground meat, cheese or dates; and a host of light vegetable salads accented with lemon juice, parsley and olive oil. Ibrahim devotes an entire chapter to kubba, cracked wheat or rice flour domes that are filled with all manner of stuffings and then deep-fried, boiled or baked in sauce. Fried fresh-water fish, ground meat kebabs and cinnamon-spiked rice biryanis are other staples, followed by date and almond sweets and rosewater-doused pastries. With the easygoing style of a casual home cook, Ibrahim describes her dishes and ingredients in an appealingly narrative manner, encouraging a relaxed approach to preparation while explaining the customs and rites of Iraqi eating. Fresh and simple, Ibrahim’s cookbook is a welcome addition for those interested in exploring an intriguing cuisine through its most authentic flavors.” – Publishers Weekly

“Ibrahim, who was born in Baghdad but has lived in London for many years, wrote this book for the young generation of Iraqis who, like her daughters, were born in the West and have never lived in or visited their homeland. She includes more than 200 recipes, many of them shown in color photographs. One of the few titles in English on the topic, this is sure to appeal to adventurous cooks interested in Middle Eastern cuisines, culinary institutions offering courses in ethnic cooking, and libraries serving ethnic communities.” – Library Journal

“…a big beautiful book with many recipes that call for the kinds of vegetables grown in our area: green beans, tomatoes, eggplant, okra, peppers, potatoes among them.” – Amherst Bulletin

“When I think about it, my love for Middle East cooking and Mediterranean recipes is what fuels my success as a political writer, reporter, comedian, radio talk show host and author. I love to cook and cooking Middle Eastern, Arab or Mediterranean recipes can be both a challenge but fun. The differences between recipe style in the Fertile Crescent of the hardcore Arab World (Lebanon, Syria, Iraq, Jordan and Palestine) are subtle and sometimes lost. When making tabouli, for example, the Lebanese put more parsley, the Palestinians less. Jordanians and Palestinians add diced cucumbers, others do not and just add diced tomatoes. (Depending how much parsley one finds on an Arabs teeth after dinner could help determine their specific Arab nationality, or at least at what Arab restaurant they may have dined. So it was with real interest that I jumped into Lamees Ibrahim’s The Iraqi Cookbook. The similarities are amazing and yet the styles of the recipes reflect her own childhood and I think that individual experience in cooking is what really makes cooking and recipes so much more enjoyable. This is a great book that takes you down the road of Middle East food on the Iraqi track.” – Ray Hanania, www.RadioChicagoland.com

“Just two months ago, Interlink Publishing (one of the best, and most serious purveyors of international cookbooks) came out with The Iraqi Cookbook by Lamees Ibrahim, a Baghdad native who now lives in London. The book is chock-full of recipes-19 recipes for rice alone, and 15 for pickles. Ibrahim teaches you to make fried turnovers with cracked wheat and eggs, baked carp, meatballs with pine nuts, date syrup cake, Turkish delight, and more. It’s a fascinating book to page through, and most recipes are so straightforward that they will not even require a trip to the Middle Eastern market-lemon, garlic, tomato, lamb, parsley, peppercorns, cinnamon, cloves, and maybe some garam masala are the primary flavorings.” – The Village Voice

“…large and handsome and clear, but it has a serious aim of bringing authentic Iraqi recipes to Iraqis who have grown up outside their country…For the rest of us non-Iraqis, ‘The Iraqi Cookbook’ opens up a rich world of Arab regional cuisine…Anyone fascinated by Middle Eastern food will enjoy ‘The Iraqi Cookbook’. It illuminates a proud and interesting people.” – Super Chef

“…provides a glimpse into Iraqi life in chapter intros and recipe notes. The recipe variety is vast, ranging from simple to complex. Lovely photos by Terry McCormick serve as a guide to how a finished dish might look.” – Ohio.com 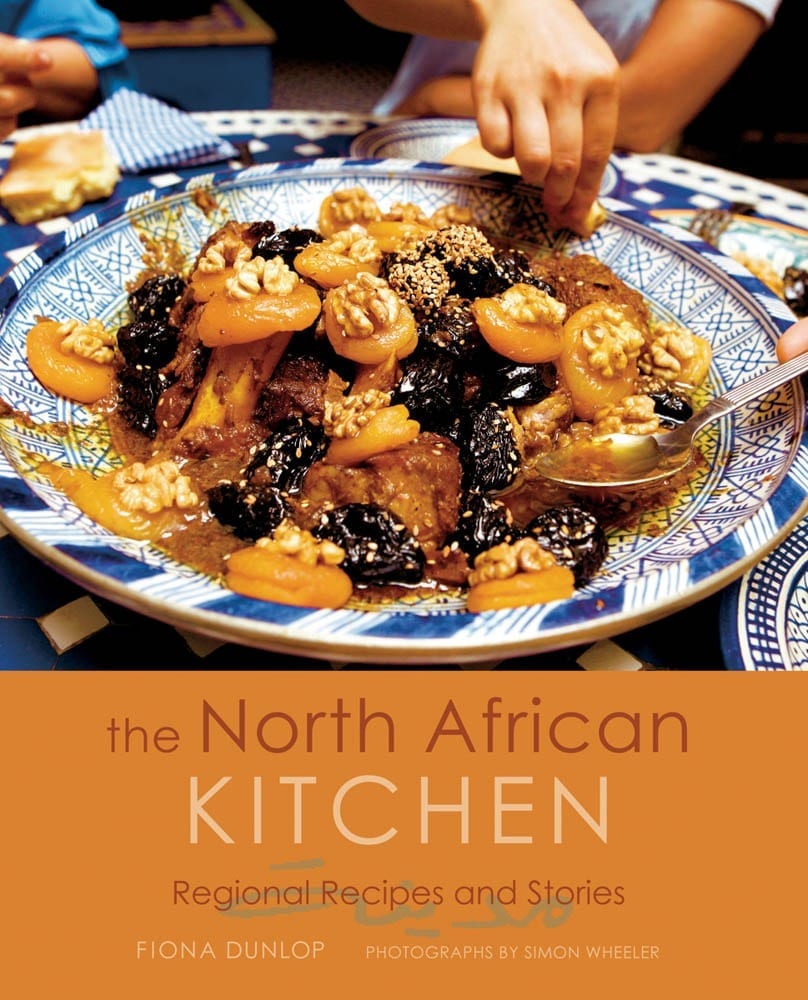 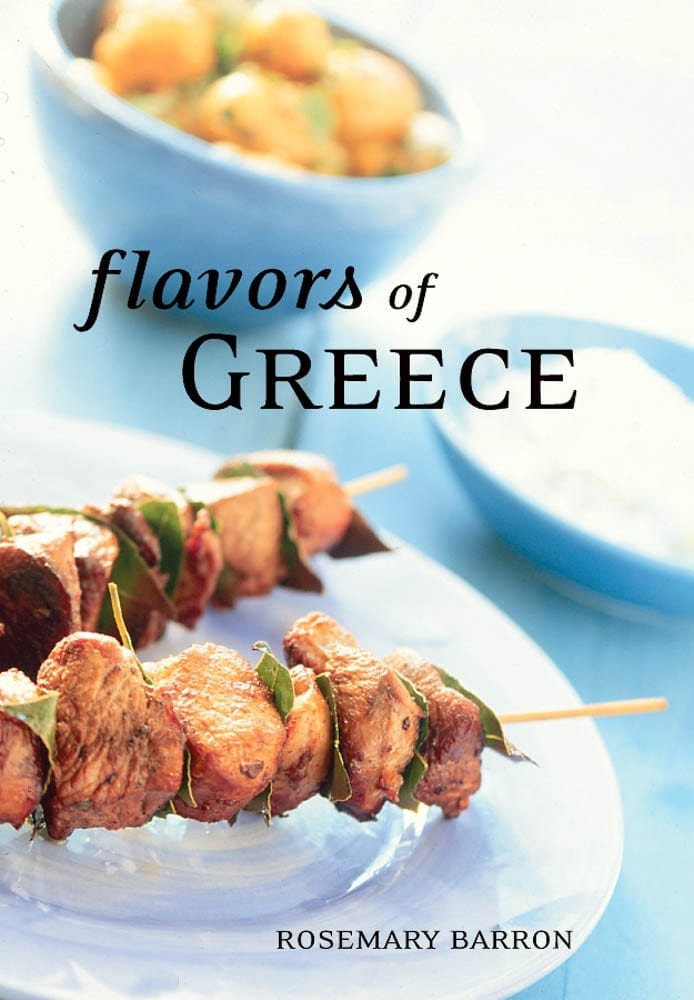 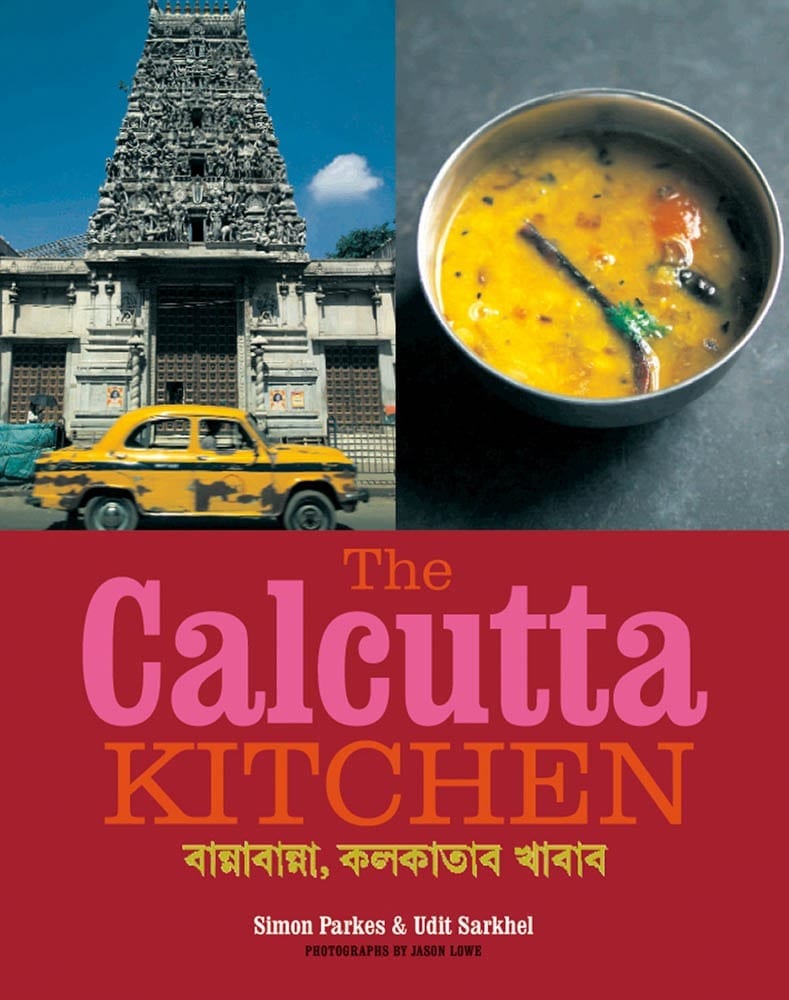 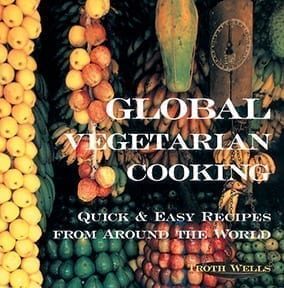 Quick and Easy Recipes from around the World 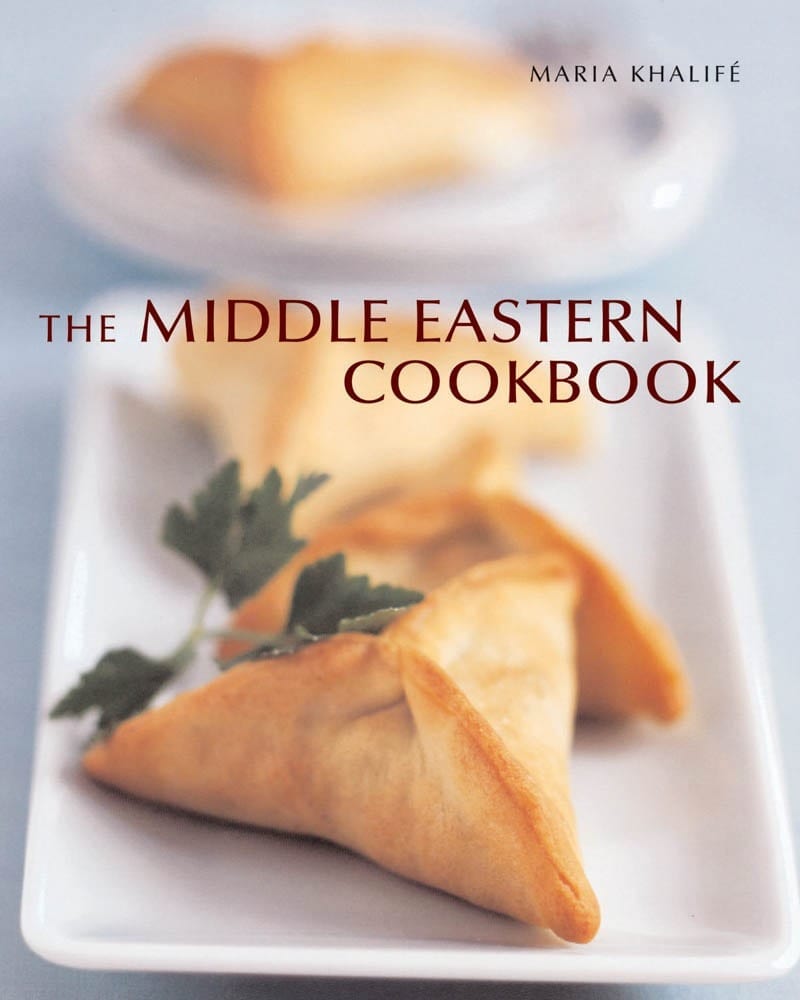 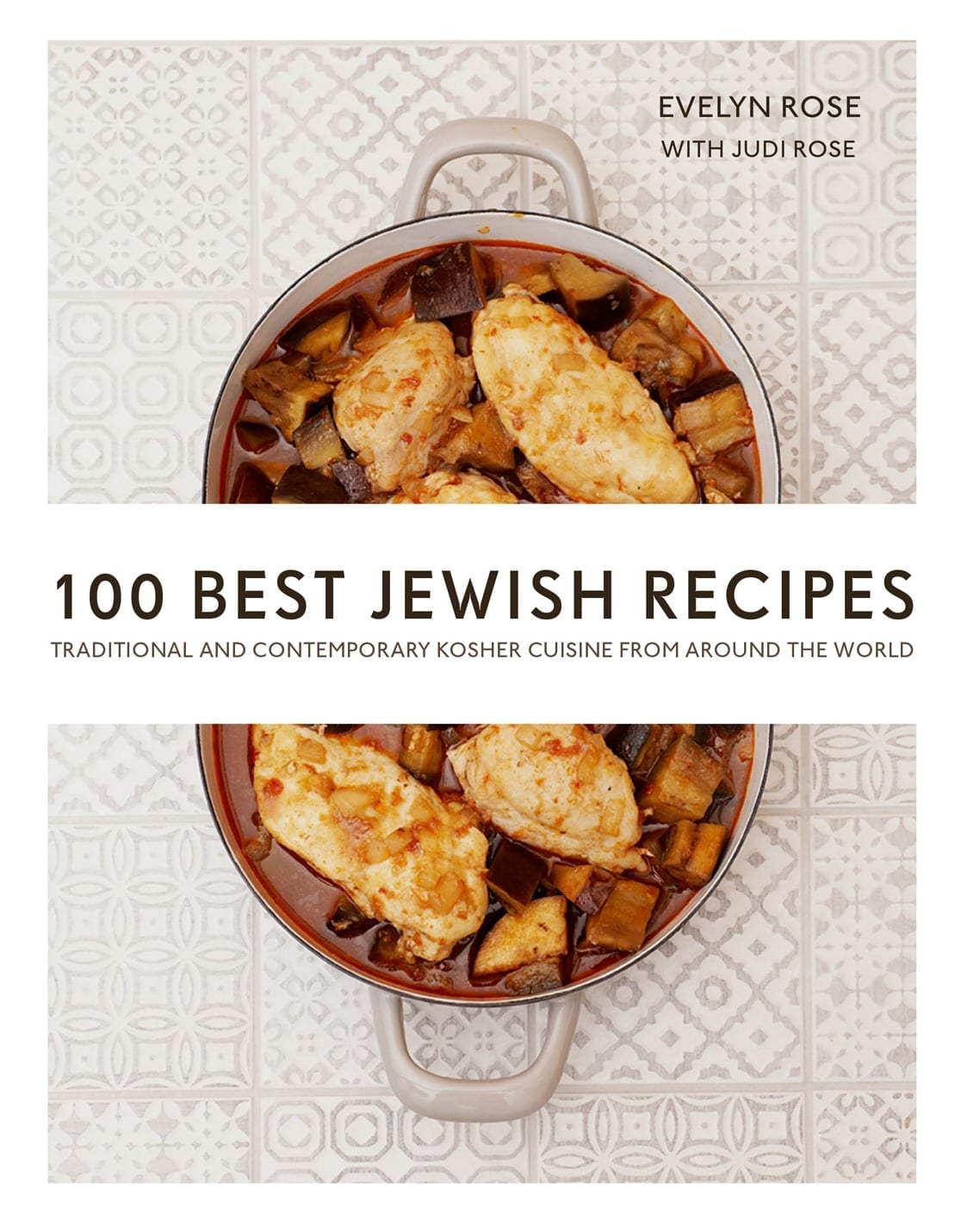 Traditional and Contemporary Kosher Cuisine from around the World