We are unable to travel, but our minds are still wandering the globe. We are also wondering when access will be possible again. Now more than ever we need the joy of literature and wonder of books to remain present in our lives. As the lockdown began to take hold of our lives, I found myself reading more biographies and memoirs and rediscovering the joy this genre of writing offered. Over the past couple of years I’ve had the pleasure of working on some wonderful and insightful biographies and memoirs—from Charlie Chaplin to Khalil Gibran, Che Guevara and Bob Marley to Mahmoud Darwish and Radwa Ashour. Below are my top 10 biography and memoirs picks. 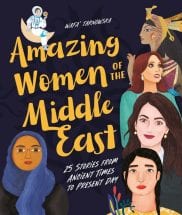 Hot off the press, this is a book we are very excited about sharing with you. It is intended for the 9+ age group, but it will be enjoyed by everyone in the family, including parents. I’ve included it here as a top pick even though it is not exactly a biography or memoir. It is a collection of portraits of 25 extraordinary women from the Arab world—queens, writers, scientists, activists, athletes, artists and others—who have created a legacy through strength of vision, leadership, courage, and sheer determination. This beautifully-illustrated book by 5 award-winning artists is guaranteed to inspire. Buy multiple copies and give them as gifts. 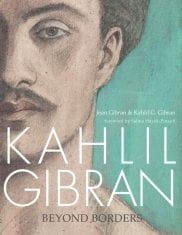 Kahlil Gibran: Beyond Borders is the definitive biography of a much loved poet and author of the bestselling classic The Prophet. Gibran was a poet, a painter, a rebel, a global citizen and an immigrant from his beloved Lebanon. His compelling story is one of overcoming barriers faced by many immigrants to this country. It is beautifully written. In the age of Trump and the rising xenophobia and anti-immigrant rhetoric, there is no better time to read this rich and enlightening book that chronicles the life and work of a man who transcends borders and generations. This volume also includes a wealth or archival photos and never-before-published paintings by Gibran.

Simon Louvish’s Chaplin: The Tramp’s Odyssey is an absorbing film biography and an essential volume for understanding Chaplin and his body of work. In addition to telling Chaplin’s tale through his films, Louvish takes a deeper look at the Tramp’s social and political ideas: the challenge to fascism, defiance of the McCarthyite witch hunts, and other issues of the time. In short, this book is an epic journey, summing up the roots of comedy, Chaplin’s ceaseless struggle against adversity, and his capacity to represent our own fears, dreams, inner demons, and hopes. Other Louvish film biographies you’ll enjoy include Mae West: It Ain’t No Sin and Monkey Business: The Lives and Legends of the Marx Brothers. 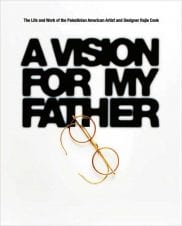 A Vision For My Father by Rajie Cook

This lavishly-illustrated book is close to my heart. If it had been published by MOMA, the retail price would have been $100 instead of $35. It is a love letter to Palestine that you will cherish for its content as well as its exquisite design. It is a memoir, a touching Palestinian immigrant story, and a remarkable journey into the heart and mind of acclaimed Palestinian-American graphic designer Rajie Cook. Rajie’s vision is here recorded through his art—paintings, logo designs, posters, photography, and sculptures. The pain of the Palestinian people cries out through Rajie’s art and activism—the horror of the Occupation and the brutality of life that Palestinian children experience every day. Rajie uses his art as his voice, his camera as a partner; he lifts the veil of what people see or think they see with regard to the Palestinian people. 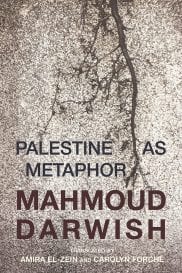 Palestine As Metaphor by Mahmoud Darwish

Again, this is not a biography of the late Mahmoud Darwish. It is the first English publication of interviews with the beloved Palestinian poet and thinker. These interviews—elegantly translated by Amira El-Zein and Carolyn Forche—are a rich trove of Darwish’s reflections on his art, personal revelations, and political insight. These vivid dialogues, conducted by several writers and journalists, unravel the threads of a rich life haunted by the loss of Palestine and illuminate the genius and the distress of a major world poet. They will be enjoyed by all those who have enjoyed reading his poetry and prose collections. 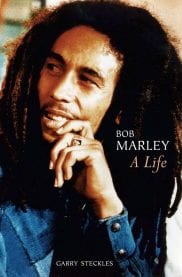 This concise biography of Bob Marley gives you the most complete information on one of the twentieth century’s most iconic cultural figures, who was responsible for popularizing reggae music throughout the world. It covers his early life in rural Jamaica, his recordings, and analyzes Marley’s political and religious beliefs, while also concentrating on his relationships with fellow musicians, family and influential figures. A chapter focusing on Marley’s long-term legacy explores what the musician contributed to world music and what the religious believer gave to Rastafarianism. 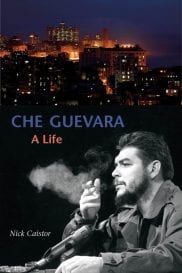 This accessible and well-researched biography explores the life and ideas of an iconic revolutionary. Nick Caistor has produced a study of a man who is all too often treated either as a plaster saint incapable of doing wrong or as some devil from the deepest pit of Marxism-Leninism. Caistor portrays him with sympathy and elegance as what he was: a human being with doubts and weaknesses, which he combined with a devotion to the world’s poor. Ernesto “Che” Guevara was someone who showed few contradictions between his life and his writing, and his example continues to win admirers among new generations anxious to explore ways of changing their world. 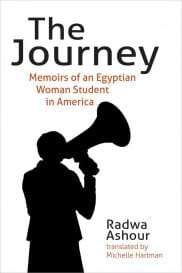 The Journey by Radwa Ashour; translated by Michelle Hartman

Radwa Ashour is a great literary figure whose writing I’ve devoured and whose activism I’ve admired for a long time. The Journey narrates the years which Ashour spent in the US and captures so vividly the spirit and ethos of the time it chronicles—the early ‘70s. It is as relevant today as when it was first published in Arabic nearly 40 years ago. Never neutral and deeply engaged in politics, literature, people’s struggles, a young Radwa Ashour charts her years as a student in the US of the 1970s, where she would become the first PhD student to graduate from the newly founded W.E.B Du Bois Department of Afro-American Studies and the English Department of the University of Massachusetts, Amherst in 1975. It is a delightful read. 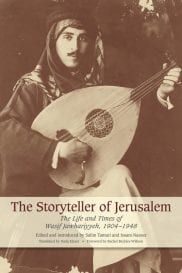 The Storyteller of Jerusalem by Wasif Jawhariyyeh

Winner of the Palestine Book Award, the memoirs of Wasif Jawhariyyeh are a remarkable treasure trove of writings on the life, culture, music, and history of Jerusalem. Spanning over four decades, from 1904 to 1948, Wasif Jawhariyyeh—oud player, music lover and ethnographer, poet, collector, partygoer, satirist, civil servant, local historian, devoted son, husband, father, and person of faith—viewed the life of his city through multiple roles and lenses. The result is a vibrant, unpredictable, sprawling collection of anecdotes, observations, and yearnings as varied as the city itself. The entries in this book—which reads like a novel—were taken from a 10-volume, leather-bound diary that Wasif left us and translated in to English. An entertaining and evocative read. 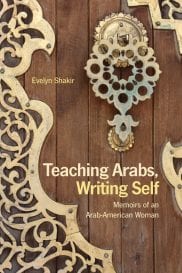 Teaching Arabs, Writing Self Memoirs of an Arab-American Woman by Evelyn Shakir

Evelyn Shakir’s witty, wise, and beautifully written memoir explores her status as an Arab American woman, from the subtle bigotry she faced in Massachusetts as a second-generation Lebanese whose parents were not only foreign but eccentric, to the equally poignant blend of dislocation and homecoming she felt in Bahrain, Syria, and Lebanon, where she taught American literature to university students. In lively prose, brimming with humor and humanity, Shakir’s book offers new insights on Arab-Americans, the younger generation in the Arab world, cross-cultural exchange and, not least, the art of teaching.