The world we see through the eyes of western mainstream media is only one world. There are others. That is why from day one, an important part of our mission is to introduce American readers to the unheard voices of leading women novelists from the Arab world.

August is Women in Translation Month. So if you are looking for great reads for escapism, learning, or entertainment—or all the above—you’ll find tremendous joy in reading these accomplished Arab women writers in English translation. Below are my top 10 recommended summer reads.

Remember for the rest of the month of August, we are donating 30% of the proceeds from our sales of titles by Lebanese writers the Lebanese Food Bank for Lebanon disaster relief. Thank you for your support. Your purchases are helping us stay in operation during these challenging times. 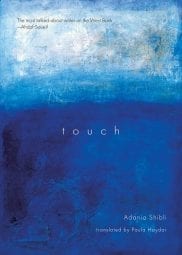 An exquisite, powerful novella by celebrated Palestinian writer Adania Shibli that transports readers to her West Bank homeland. There is so much richness and beauty in this work. It has soul; it has rhythm; and cries for reading over and over again. When you’ve finished it, I highly recommend reading Adania’s second novel, We Are All Equally Far From Love. Adania Shibli’s signature style comes from holding back. The silence in both her novels builds an unnerving suspense. 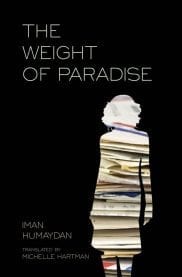 THE WEIGHT OF PARADISE by Iman Humaydan; translated by Michelle Hartman

This is the fourth novel by Lebanese novelist Iman Humaydan that Interlink has published. It is beautifully translated by Michelle Hartman. What is unique about Iman’s work is that it is concerned with the lives of women: their frustrations, fears, losses, struggles, hopes, desires, and victories. With skillful character development, her latest novel, The Weight of Paradise, tells how suitcase found in an old Beirut building changes one woman’s understanding of her city, her life, and the world at large. 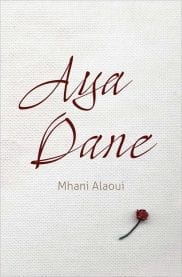 Casablanca-based writer Mhani Alaoui’s debut novel Dreams of Maryam Tair blew me away when the manuscript arrived at my desk a few years ago. Her second novel, Aya Dane, will, in my view, secure her standing as literary talent who will go places in the world. Very different from the magic realism of her first novel, this is a vivid, engaging, and often suspenseful story about Aya, a woman, an immigrant, and an artist with a painful past from Tangiers living in seclusion at the top floor of Cambridge, MA townhouse. It is a riveting story that is filled with lyrical prose and psychological twists that leave a lasting impression. 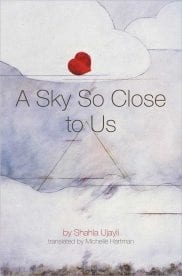 A SKY SO CLOSE TO US by Shahla Ujayli; translated by Michelle Hartman

This is the third novel from outstanding Syrian novelist Shahla Ujaily and her first to be translated into English. It was shortlisted for the International Prize for Arabic Fiction. Set against the background of civil war and conflict in Syria, it is a moving story that brilliantly captures the refugee experience and thoughtfully maps where self, family, and country intersect. Her latest novel Summer with the Enemy, which was also shortlisted for the 2018 Arabic Booker, is forthcoming in November from Interlink. 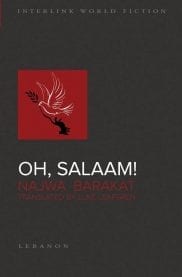 Najwa Barakat is a fearless journalist and novelist from Lebanon. She is a prominent voice in the Arab literary world and is known for addressing difficult issues with dark humor and gritty realism. Oh, Salaam! tells the story of three friends whose lives are transformed by their participation in an  inhuman civil war and by their relationship with the novel’s anti-heroine, Salaam. The intricately-woven plot is a page-turner even though readers may find the depictions of civil war, torture, oppressive gender roles, and sexual exploitation challenging to read. Sadly, they remain very relevant. 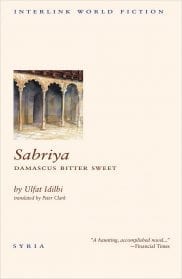 Born in Damascus in 1912, Ulfat Idilbi is a celebrated Syrian novelist with a passionate voice that is all her own. Her novel, Sabriya, is her most popular one and was dramatized for Syrian television. Written from the point of view of a young girl committed to the nationalist cause but unable to take an active part because of her sex, it seethes with the frustrated energy of the reluctant bystander and vividly expresses the terror of civilians living in a city rocked nightly by explosions. It is a haunting novel about the lives of women in 1920s Syria. 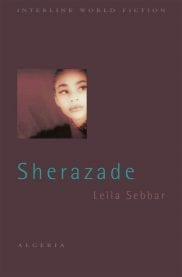 This is my favorite novel by Algerian writer Leila Sebbar. Sherazade is about a young woman haunted by her Algerian past. It is a powerful account of a person who searches for her true identity but is caught between worlds—Africa and Europe, her parents’ and her own, colony and capital. It is a fresh, first-hand insight into the chaotic, marginalized lives of young, second-generation immigrants in a big city. Sebbar herself was born in Algeria to a French mother and an Algerian father, and having lived in Paris for many years, she straddles the two worlds between which her protagonist and other characters rotate. 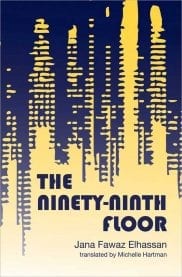 Jana Elhassan is an award-winning novelist and short story writer from Lebanon. The Ninety-Ninth Floor—shortlisted for the International Prize for International Fiction—is her third novel and the first to be translated into English. It received a rave review in the NY Times and a starred review in Library Journal. With Manhattan, Beirut, and Palestine as backdrops to this multi-voiced narration, The Ninety-Ninth Floor conveys the brutality that war leaves on the people who experience it. It is also a love story that asks questions about the ability of passion to overcome hatred and difference. 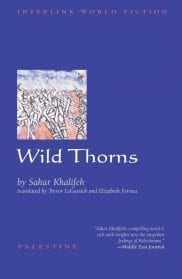 Sahar Khalifef is deserving of the title “Virginia Wolf of Palestinian literature.” She is a prolific and highly accomplished writer, but I consider Wild Thorns, her very first novel written in Arabic in 1976, to be her best work. It vividly depicts life under Israel’s brutal occupation. It portrays the daily hazards and difficulties faced by Palestinian workers and evokes the irrepressible and indomitable spirit of Nablus and its people. I highly recommend this classic of Palestinian literature. 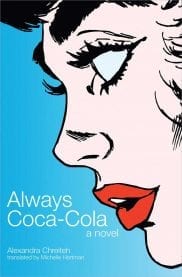 Alexandra Chreiteh is now a professor of comparative literature at Tufts University. She wrote Always Coca-Cola in Beirut when she was still a student in her late teens. When it was first published in Arabic, critics called it “an electric shock.” It deals with the simmering tension between tradition and modernity as experienced by young middle-class Lebanese women. When I am asked for a one-sentence description, I often find myself saying that it is like Sex in the City—in Beirut. In short, it is a fun read—wonderful, head-shaking, humorous and sometimes sad journey through and around the forces menacing young women’s lives and bodies, in Lebanon and beyond.